Deprecated: Function get_magic_quotes_gpc() is deprecated in /home/customer/www/maps.turkishpostalhistory.com/public_html/zp-core/functions-common.php on line 185

Deprecated: Function get_magic_quotes_gpc() is deprecated in /home/customer/www/maps.turkishpostalhistory.com/public_html/zp-core/functions-common.php on line 93

I forgot my User ID/Password

Bernard Picart (June 11, 1673 â€“ May 8, 1733), was a French engraver, son of Etienne Picart, also an engraver. He was born in Paris and died in Amsterdam. He moved to Antwerp in 1696, and then spent a year in Amsterdam before returning to France at the end of 1698. After his wife died in 1708, he moved to Amsterdam in 1711 (later being joined by his father), where he became a Protestant convert and married again. Most of his work was book-illustrations. His most famous work is CÃ©rÃ©monies et coutumes religieuses de tous les peuples du monde, appearing from 1723 to 1743. Jonathan I. Israel calls CÃ©rÃ©monies "an immense effort to record the religious rituals and beliefs of the world in all their diversity as objectively and authentically as possible". Although Picart had never left Europe, he relied on accounts by those who had and had access to a collection of Indian sculpture. The original French edition of CÃ©rÃ©monies comprises ten volumes of text and engravings.English, Dutch and German editions also exist. 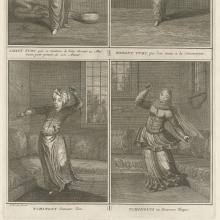 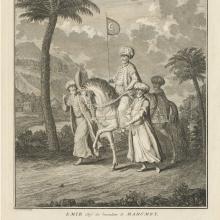 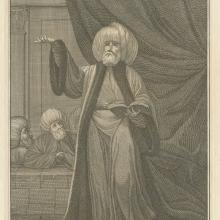